Smart Shelters have been designed and installed by the Seoul Metropolitan Government (SMG). The SMG selected the “Beauty of Korea” as the final design of the city’s bus stops, which is a modern adaptation of the traditional Korean “hanok” roofs. The pilot project installation will begin at the end of October 2020.

From June 10 to 24, 2020 the SMG held an open call for public submission of Smart Shelter design to raise awareness about the project and decide its design. The selected design, “Beauty of Korea,” received 47.3% of votes from citizens. 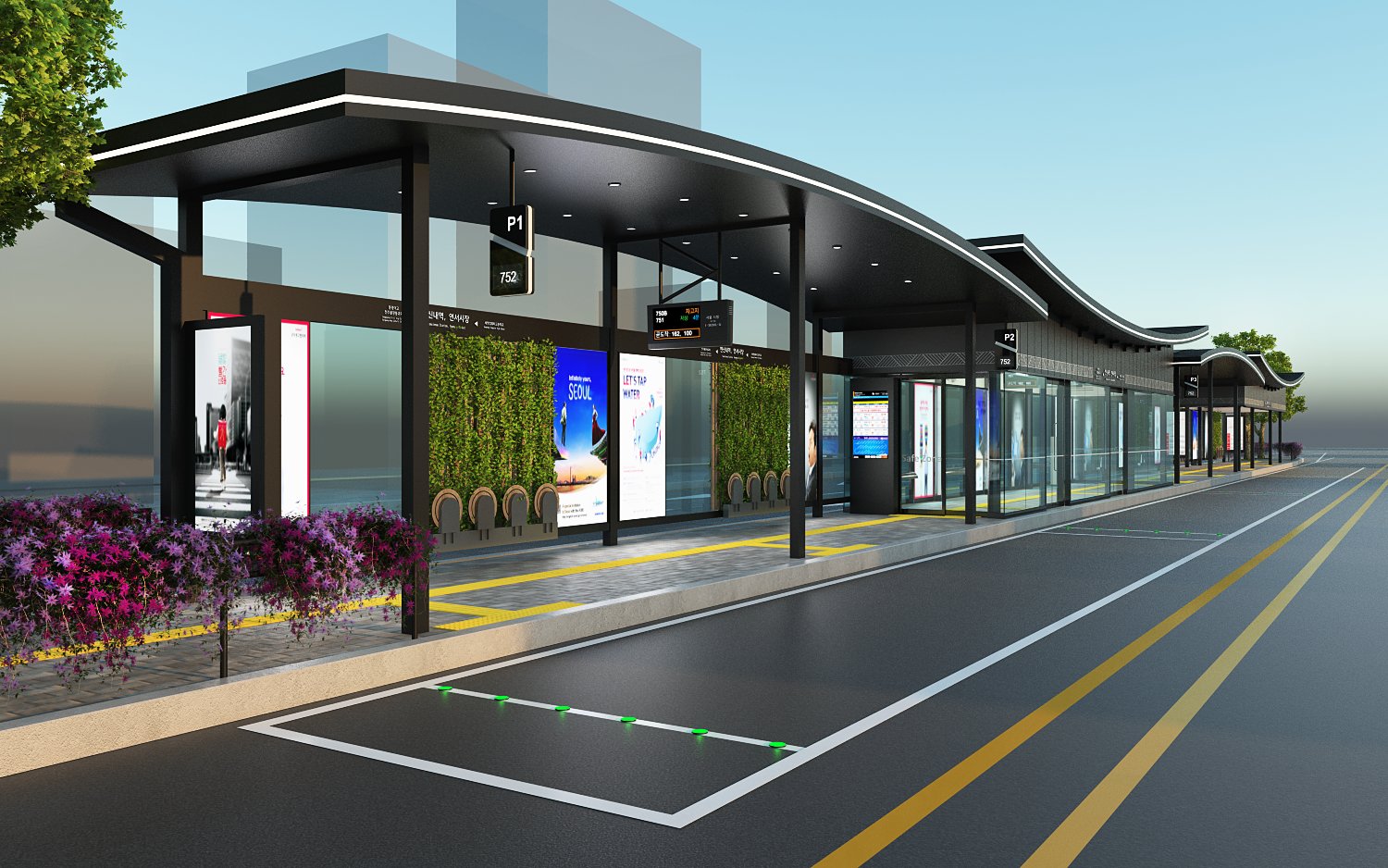 The SMG plans to install Smart Shelters to serve as rest areas for traveling passengers so they can enjoy green space all year long.  This is in contrast to the outdated and mundane current bus stop environment. Green railings will replace the guardrails that are installed by the crosswalks and vertical gardens will be installed on the wall so that citizens can feel the atmosphere of an urban garden while waiting for their bus.

Moreover, Smart Shelters will improve public transportation use as the environment will serve to alleviate some of the existing inconvenience when passengers get on and off buses; roofs of current bus stops do not extend far out enough to meet buses, so passengers have had to hold up their umbrella right until they got on the bus, getting wet in the process. A survey conducted amongst citizens identified these and other problems faced by public transit.

Smart Shelters will also have photovoltaic panels installed on their roofs to generate renewable energy. The panels are also designed to add urban landscape appeal through their futuristic design.  To streamline the appearance of the shelters, HVAC condenser units will be installed in upper spaces and hidden from plain sight. 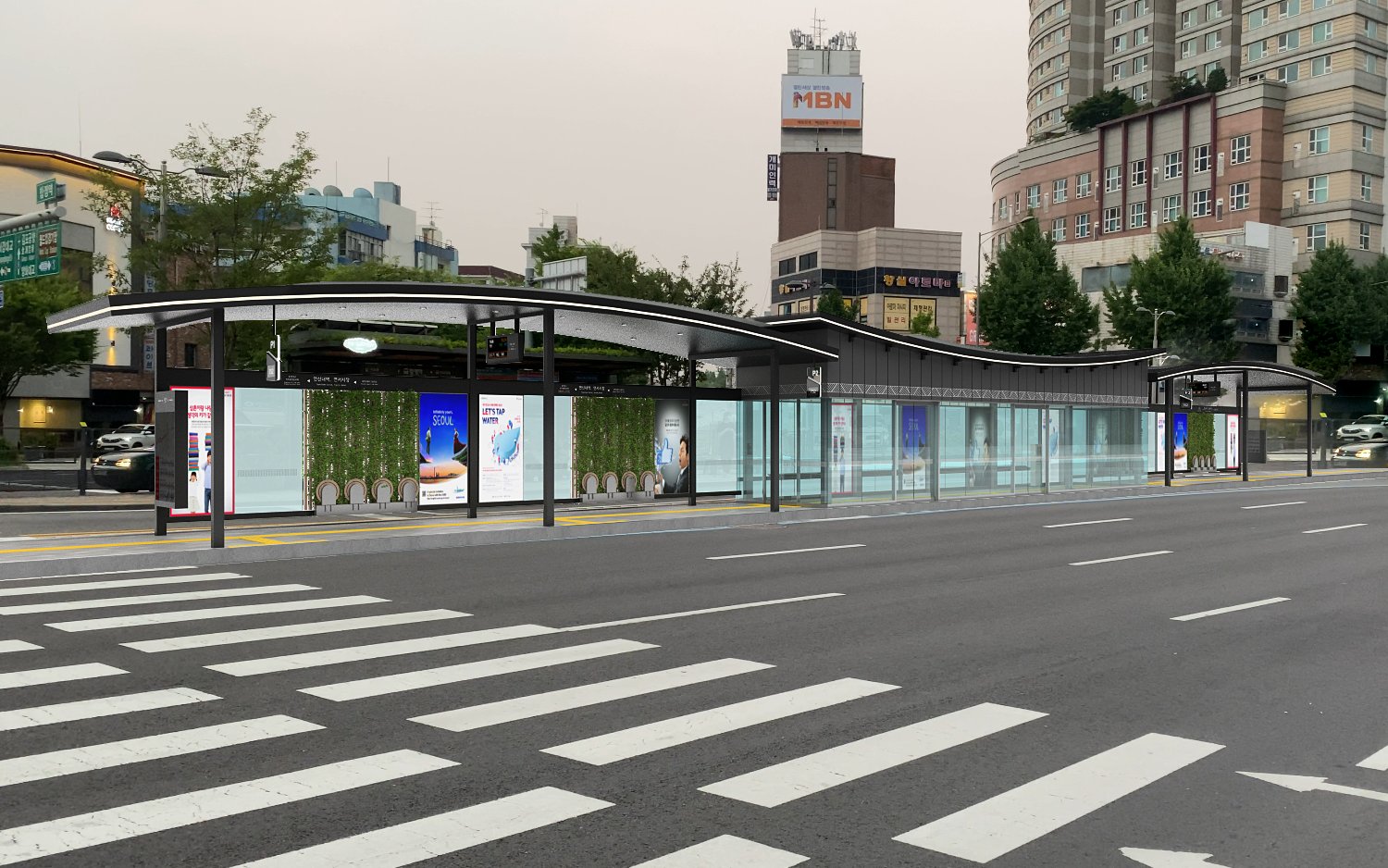 Smart Shelters in specific areas will be equipped with screens to advertise the city’s policies as well as project art to create outdoor digital galleries. Smart Shelters will not be only simple transportation facilities, but cultural spaces where citizens can enjoy various events and messages.

Smart Shelters will benefit every citizen through their convenience. Universal design will be utilized to overcome the limitations of the existing transportation infrastructure and directly change people's lives.

Another feature is that a commuter can push the “waiting for a bus” button, which can inform them of the time of arrival of the low-floor bus.  It can also notify the driver of the bus that the handicapped person is waiting at the Smart Shelter. There will also be a voice guidance service for foreigners and visually-impaired persons. CCTVs will be installed for added security, and to allow police to respond quickly as needed. 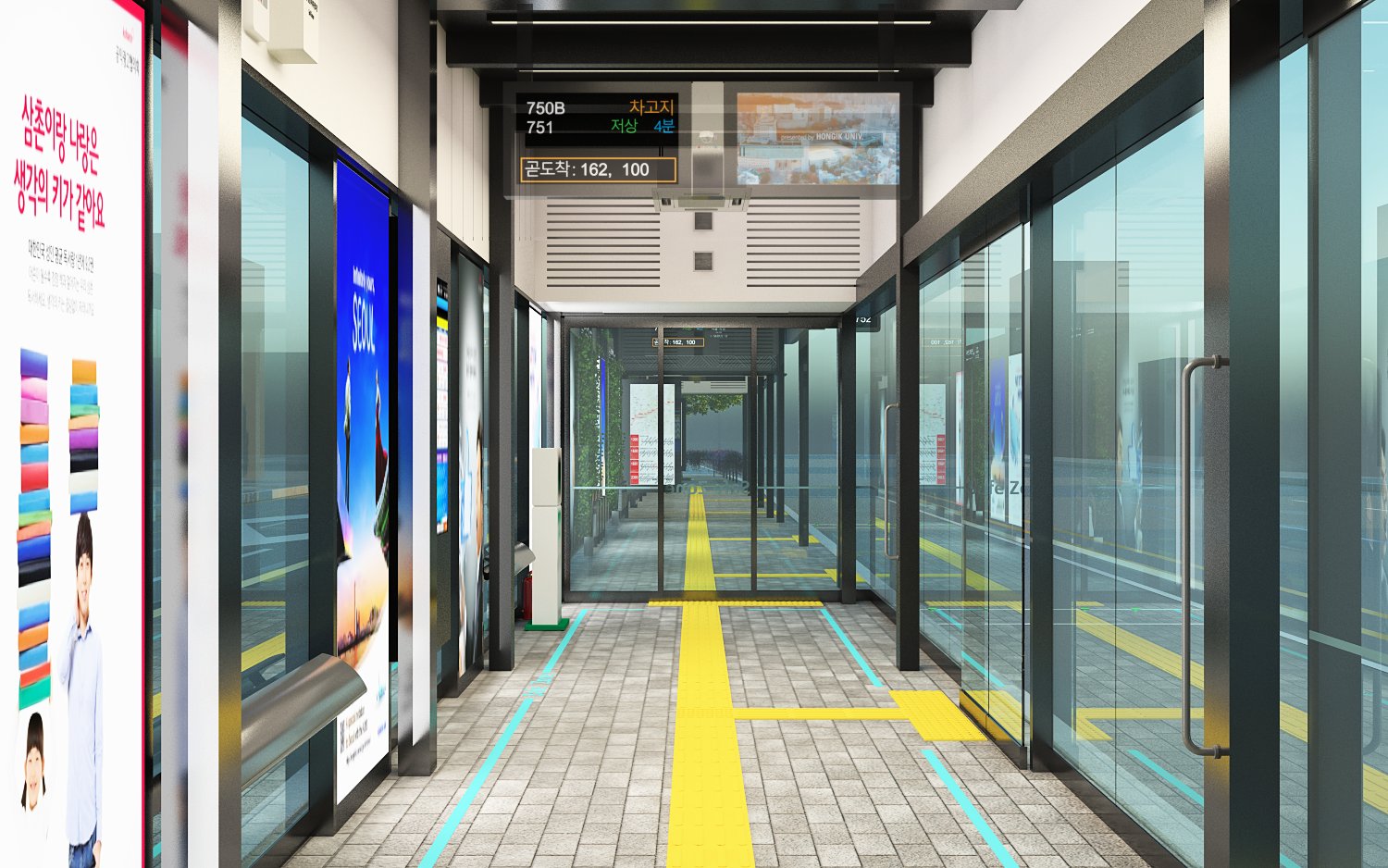 Seoul will cut the transmission of the virus, and make the shelters safe transportation environments, by not only carrying out thorough disinfection but also ventilating the space by opening the screen door regularly.  Other measures include installing photo plasma air sterilizers and body, temperature measurers.