A growing number of crosswalk traffic signals are finding their way onto the ground in Seoul as a way to enhance the safety of pedestrians glued to their smartphones. 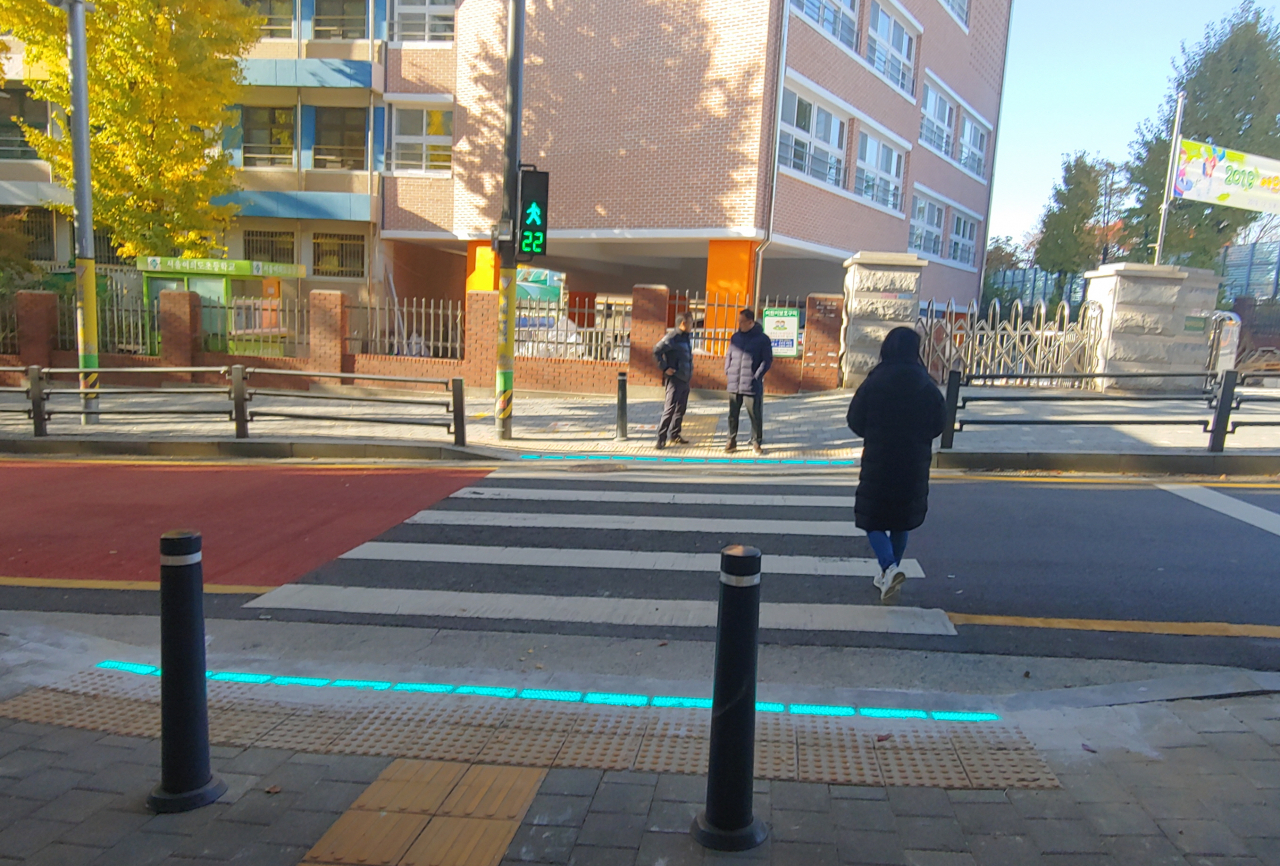 Nearly 1,200 in-ground crosswalk traffic signal systems were in operation across the city's total 25 boroughs, led by the southern ward of Gangnam, which was operating 138 of them.

Installed on the ground at the foot of a crosswalk, the supplementary LED traffic lights are designed to guide pedestrians distracted by their smartphones, called "smartphone zombies."

Seoul's ward offices are trying to expand such in-ground traffic light systems to deal with growing traffic safety hazards facing smartphone zombies. Some have complained of nighttime glaring, but the system has been positively received across the city, especially in school zone areas, officials said.

"They were originally adopted as a supplementary traffic signal system for smartphone zombies, but they proved to be useful in keeping children farther from the road," said an official in the district of Gangnam.