Getting Stuck With Your Ph.D. thesis? Immerse Yourself In LEGO | Inbebo Skip to main content

Getting Stuck With Your Ph.D. thesis? Immerse Yourself In LEGO 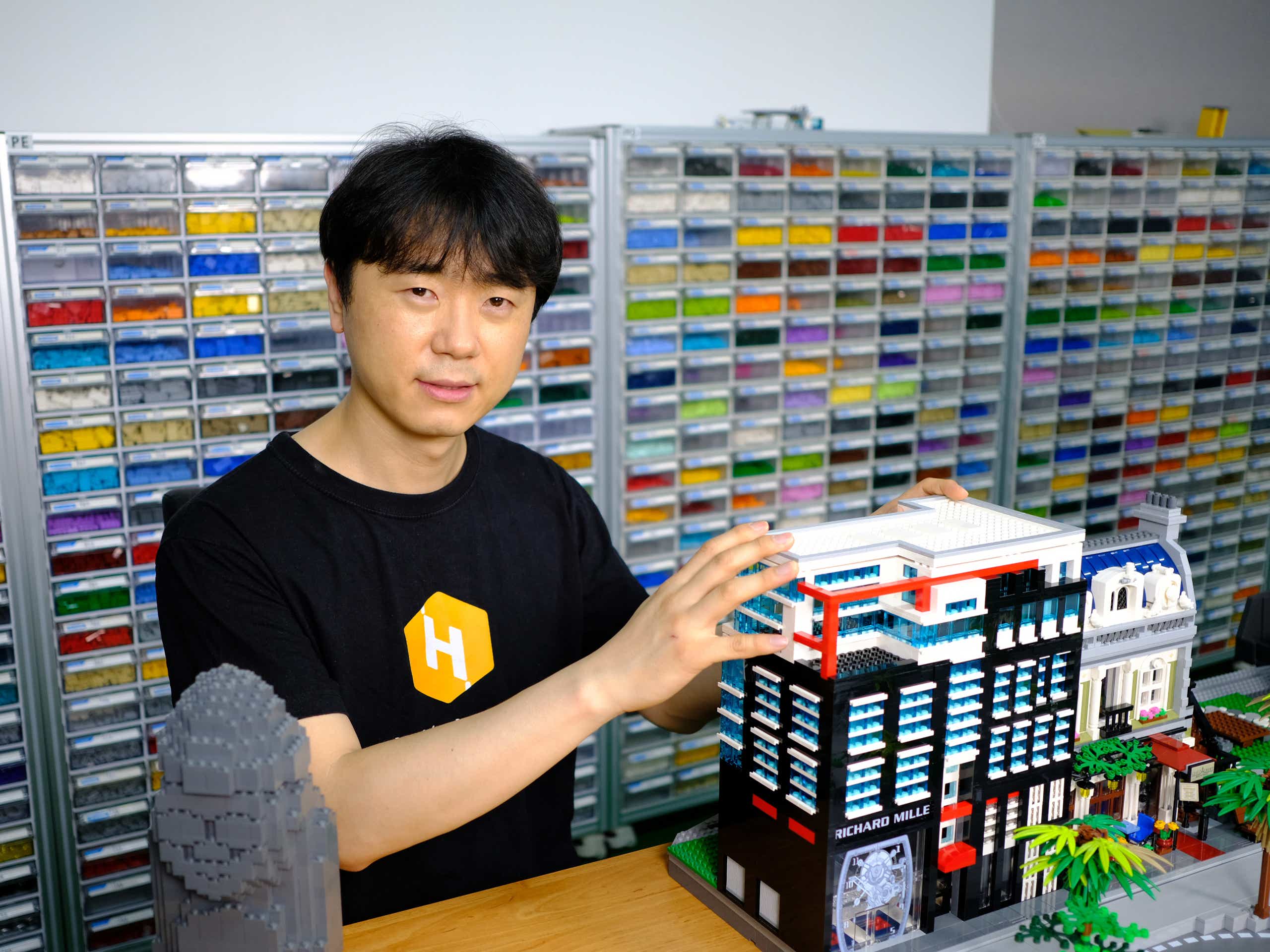 Kim Seong-wan, the first LEGO Certified Professional (LCP) in Korea, is a pioneer of this culture. An LCP, also known as a Lego Authorized Author, is a LEGO creative activist recognized by the LEGO headquarters in Denmark, and currently, 21 people around the world have been recognized for their qualifications. Among them, there are only two Koreans, including CEO Kim. He created 'Brick Inside' in 2000 to share information and experiences he had while purchasing Lego products. This place has established itself as a Lego community where you can see the creations in Korea.

When asked about the meaning of Lego in his life, CEO Kim replied, "It started as an escape from the stress of life, and it is a stepping stone that opened up a second life." He was a promising engineering student, receiving a master's degree in computer science from KAIST in 1999 and completing a doctoral program at the same university in 2004. Right after graduating, he worked for Samsung Electronics' wireless division for only two years. However, unable to find a clear goal in life, he wandered for quite some time.

CEO Kim said, "I started worrying about my career path in the second year of my doctoral program. I was under severe stress as I could not find the meaning of my studies. In particular, the experience of stopping because I could not write my doctoral thesis made me feel frustrated and guilty about leaving my family."   At that time, it was Lego that Kim immersed himself in to soothe his weary heart. He started as a hobby but soon discovered he had a knack for it. While exploring various career paths, including startups, requests for creations came from various organizations such as Lego Korea. It was then he thought, 'What would it be like to make Lego building a profession?'

In 2008, CEO Kim established Hobby & Toy, a company for making exhibition models using Lego blocks. In 2013, 'Brick Korea' was launched, where Lego creators exhibit their works, and the contest was held every year until last year. The first time I applied to be a Lego Authorized Author was in 2013, but I failed and finally succeeded in obtaining the official certification in 2017.

LEGO Authorized Authors do not have direct employment contracts with LEGO headquarters. CEO Kim explained, "The biggest benefit is that I have been given the privilege of obtaining parts stably and that I am not unable to make a work because there are no blocks."  His most recent works are his grandest yet.

His largest project is at the Sangam World Cup Stadium (2019), made with 200,000 parts and 5m x 4m in width and length. It took about 7 months of production by 6 members of the team. In 2020, Samsung Electronics was commissioned to produce a scale model of the Pyeongtaek Line 1, the world's largest semiconductor factory at the time. The model he made was used to make a video that Samsung Electronics introduced to the stability of the semiconductor production line.

CEO Kim said that he developed the strength to overcome failure through Lego. He said, "I used the knowledge I had studied in college while putting LED lights on the model of the Sangam World Cup Stadium." He added, "I think I will be giving a lecture at my alma mater, KAIST, and I want to pass on this experience to my juniors."