The Rise of Grandmaniel Food: the Taste of Another Time | Inbebo Skip to main content

The Rise of Grandmaniel Food: the Taste of Another Time

Everyone has their own soul food. The act of ‘eating’ does not stop at simply consuming nutrients, but sometimes it comforts people’s hearts and brings back memories. This is the reason it is so probable that in the movie 'Ratatouille', food critic Anton Igo, who was cold and cold throughout the movie, has his eyes widened at a bite of Ratatouille’s meal and recalls a certain moment of his childhood.

A recent hot keyword is ‘grandmaniel (grandmother + millennial).’ Grandmaniel is a neologism that refers to the millennial generation who prefer the tastes of the grandmother generation. The popularity of grandmaniel started in media such as TV, movies, and advertisements, but has now entered the world of food. As the retro craze and the health-conscious Healthy Pleasure trend are both on the rise, the MZ generation is turning to traditional food instead of stimulating modern tastings. 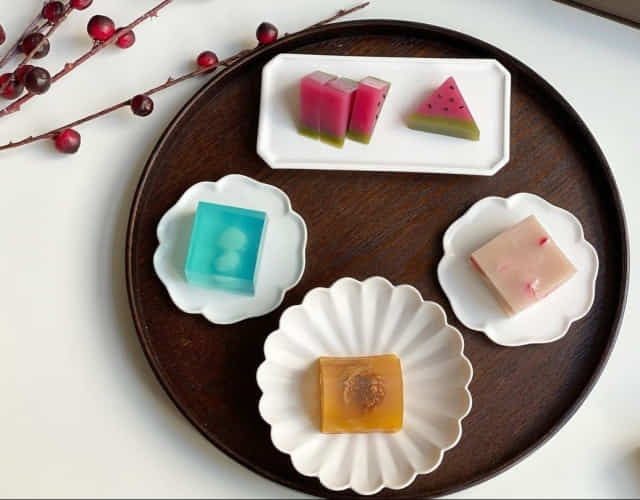 Yanggaeng made in a rice cake workshop in Banrim-dong, Seongsan-gu, Changwon-si.
It was made in a cute shape to suit the taste of the MZ generation. /Photo courtesy of Changwon's 'Tteok Studio Vase'/

‘Grandma’s taste’ sniping = Tteok, Gangjeong, and Yakgwa, which had a strong perception of being a favorite food of the elderly, are gaining popularity. There are more than 42,000 posts on Instagram tagged with ‘Grandma Taste’. It has established itself as a ‘hip snack’ enjoyed by grandmothers and grandfathers. They also offer a variety of snacks made with black sesame seeds, injeolmi, and mugwort. A lot of orders from famous drugstores and specialty stores gave rise to the term ‘drug marketing (medicine department + ticketing).’

According to the announcement of Shinsegae International's lifestyle brand JAJU, 9 of the top 10 best-selling products last year were traditional snacks, and the top 9 products sold over 2.5 million units. The number one product with more than 700,000 sold is Dalgona, a product that can be eaten by dissolving sugar in a fire and adding soda. With the Netflix drama 'Squid Game', the dalgona craze blew and the sales volume soared. 2nd place 'Fermented Barley Biscuit' sold more than 500,000 units, and 3rd place 'Sweet Crispy Nurungji Cookie' sold more than 300,000 units.

A distribution industry official said, "Distributors are also introducing customized products one after another to catch the taste of 'Grandmaniels.’ 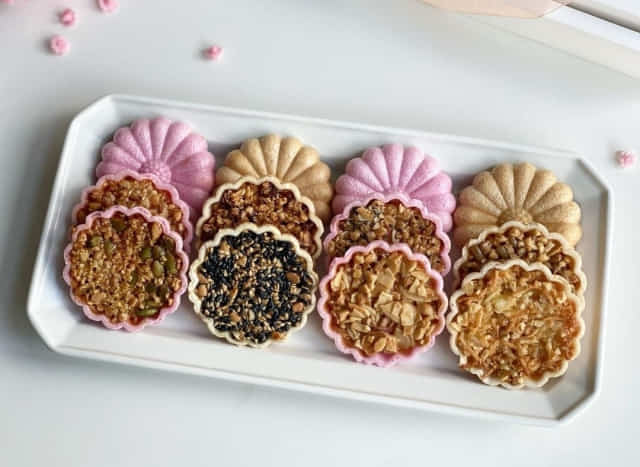 Yanggaeng made in a rice cake workshop in Banrim-dong, Seongsan-gu, Changwon-si. It is made in a cute shape to suit the taste of the MZ generation. /Photo courtesy of Changwon ‘Tteok Studio Vase.’

Popular Korean-style dessert that delights the five senses = Entering the 'Tteok Workshop Vase' located in Banrim-dong, Seongsan-gu, Changwon-si, you can break the stereotype of 'rice cake' and face a space with a cute yet simple atmosphere. This is a place where classes are held to make rice cakes, gangjeong, oranda, yakgwa, and Japanese sweets. It is said that a lot of Korean dessert workshops, which were rare when they first opened four years ago, have recently opened in the area as well. 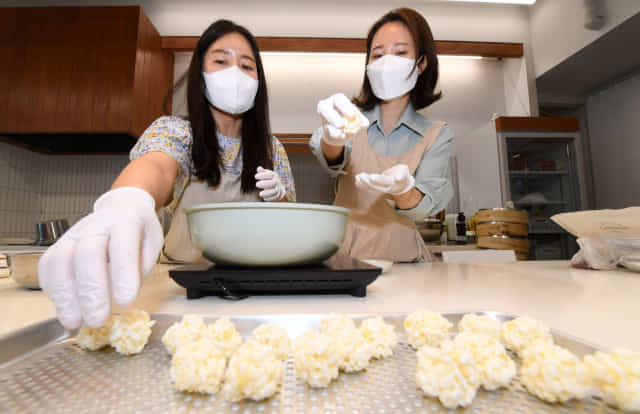 Gangjeong is made at the 'Tteok Workshop Vase' located in
Banrim-dong, Seongsan-gu, Changwon-si.

CEO Kim Kyung-wha, who runs the workshop, said that recently, there have been a lot of inquiries about traditional food that tastes good and tastes good for grandmothers. When asked why her grandmother's food is popular, CEO Kim said, "The MZ generation likes pretty things. Unlike in the past, it is made in a beautiful shape and carefully packaged, and it is delicious and healthy, so it seems to have grown in popularity. People of all ages and genders do not like it,” he said.

CEO Kim prides himself on saying that grandparent food, which is popular with the MZ generation, is not difficult to make and has a hip sensibility without being old-fashioned. When asked about the popular menu, he listed the names of so many snacks that ten fingers were not enough. Monaka Nut Chips, made with various nuts in Monaca pods made from glutinous rice, have a luxurious taste. In addition, you can enjoy a variety of different desserts such as oranda, yanggaeng, bellflower jeonggwa, rice crackers, and salle bain cookies with an attractive texture. Dessert cafes specializing in yokan, a snack enjoyed by people in their 50s and 60s, appeared, and department stores and convenience stores started to serve trendy rice cake shops. It is enough to be in the spotlight as a dessert that is pleasing to the eyes and ears, which is a recent trend. 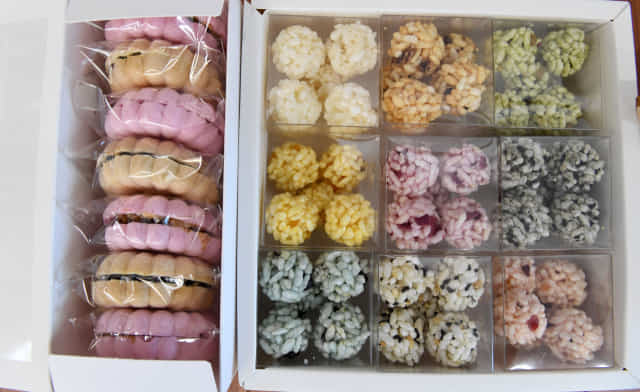